IN AN AMERICAN GARDEN

A sandstone Jizo Bodhisattva,
Sold by an ancient temple
To repair a fractured bell
To sound again at dawn and dusk
Through some lonely mountains… Continue

THE KIND OF PEOPLE THAT DRIVE THESE ROADS

The boy lay there in the yellowed grass with one pantleg still snagged in a line of barbed wire. Slowly the crickets started up their whirring again, and from some distant farm Dobson heard a dog bark. The boy had landed on his back and Dobson could see his hands drifting slowly over the grass at his sides as if he were absently looking for something. Dobson stood there for a moment and put his pistol away with a shaking hand and then walked to the fenceline and stepped between two lines of wire. His legs thrummed and nearly gave out on him. The boy was looking at the sky but then his eyes moved toward Dobson and he coughed once, a filigree of blood on his lips. Dobson cursed quietly when he saw that the boy could not be more than nineteen or twenty years old.

The heat stilled everything; the sun was red and shimmering as it sank beyond the darkening hills. Sweat ran in lines down his ribs and he felt gnats swarming the wound at his neck, saw them clouding the blood at the boy’s lips as if some terrible incantation had been made visible. Dobson knelt on shaking legs, his gunbelt creaking, and waved a hand at them. The boy’s eyes widened. He grabbed Dobson’s wrist, stronger than he would have thought… Continue 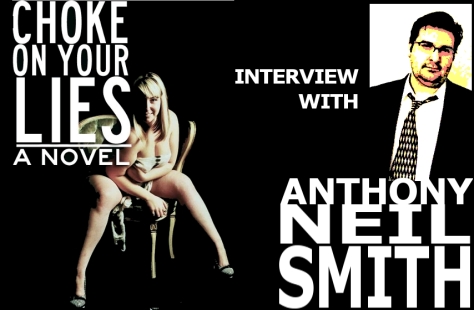 Octavia VanderPlatts is wealthy, powerful, and “comfortable with her weight”–or to hear her say it, a “rich fat b****.” Her IQ is at the genius level, and she uses it to manipulate and frighten anyone who tries to get in her way. She controls an empire built on discrimination lawsuits won against some of the nation’s top companies. On top of that, Octavia doesn’t care one wink what people think of her…Continue

OUT OF THE NAM

They shouldn’t send some people here. This place, this heat, the jungle—it does things to some people. Not all people. Some of us can take it. Some of us are even good at it, being here, in this shit—-killing an enemy we never see. But, there’s some. They just don’t belong here. The Nam gets them before the Vietcong does.

Most of them die real fast. Spooked men don’t live long here. Jumping at things makes you panic. Once you panic, you die. Losing your head, man, that makes you do stupid shit… Continue

Scott and I work the fishing boats in Bahia-Mar on the east coast of Florida. The tourists come year round for the sun, the beaches, and the sport fishing. That’s a great name, but there isn’t much sport to it. The sport fishermen like to believe they can read the ocean like a book with the large game fish the most important chapters. Scott and I know they don’t understand a thing or they wouldn’t be so proud of the fish they catch as trophies.

So today we are preparing the bait—about four dozen mullets with hooks through their bellies and wire wrapped tightly around their mouths. They were still frozen when we started but began thawing as we worked on them. Their eyes let us know when they’re ready, going from a bright silver to a dull gray and popping out slightly. They look like they’re staring at something, maybe mistaking the sky for the ocean. When we get them all ready we put them in a cooler at the back of the boat and wait for the tourists… Continue

ON A TUESDAY EVENING IN AUGUST

In the pasture tonight, Papa’s burnt-out stone
house shone under the whole moon
like a ruined, shrunken Rome.

Past the peach orchard, on the way
to the pond, the grasses moaned long
and low, lilting strains of threnody… Continue

(New Haven, Connecticut)
The ground is wet tonight on Long Wharf. The figure’s boots sink into soft soil—
Each thrust of the shovel, a satisfying squelch of earth. The fetid smell of the Sound wafts up
from the shoreline Decomposition’s myriad flavors—
the ocean ripe for a night
of digging in moist ground… Continue

One thought on “November Issue”